How did you deal with jet lag? You just came here yesterday and were already flying all over the ice.

Yeah, it wasn’t too bad. I was able to sleep on the plane for five or six hours yesterday. You don’t want to make any excuses and I just wanted to make sure that I got ready for the game both mentally and physically. I felt good and scoring on the first shift makes always makes a game easier to play, too. I felt great afterwards. I slept well again last night. It’s always challenging coming back to Europe I think, usually more challenging than going the other way, but it’s been worth it so far.

Why did you decide to come here? After such an intense series against the Sharks, I thought everyone would want to take a break from hockey, need some rest, but you’re still here.

I think it’s tough, especially the first few days you know, to digest the season. Especially the playoffs, because you’re in a bubble for a whole month. You just think about winning the Stanley Cup or winning that next game to get closer to the Cup. That’s all you really focus on and losing a Game 7, it’s really tough the first couple of days. Afterwards, I was talking to Team Sweden and they wanted me to come. I felt good, I mean my health feels good, my body feels good, but most importantly, my mind was… I wanted to play more hockey and to have a chance to play for Team Sweden. I love playing for Sweden, I’m real proud of having the opportunity to do that. We have a chance to win our third World Championship in row. It’s a great opportunity. 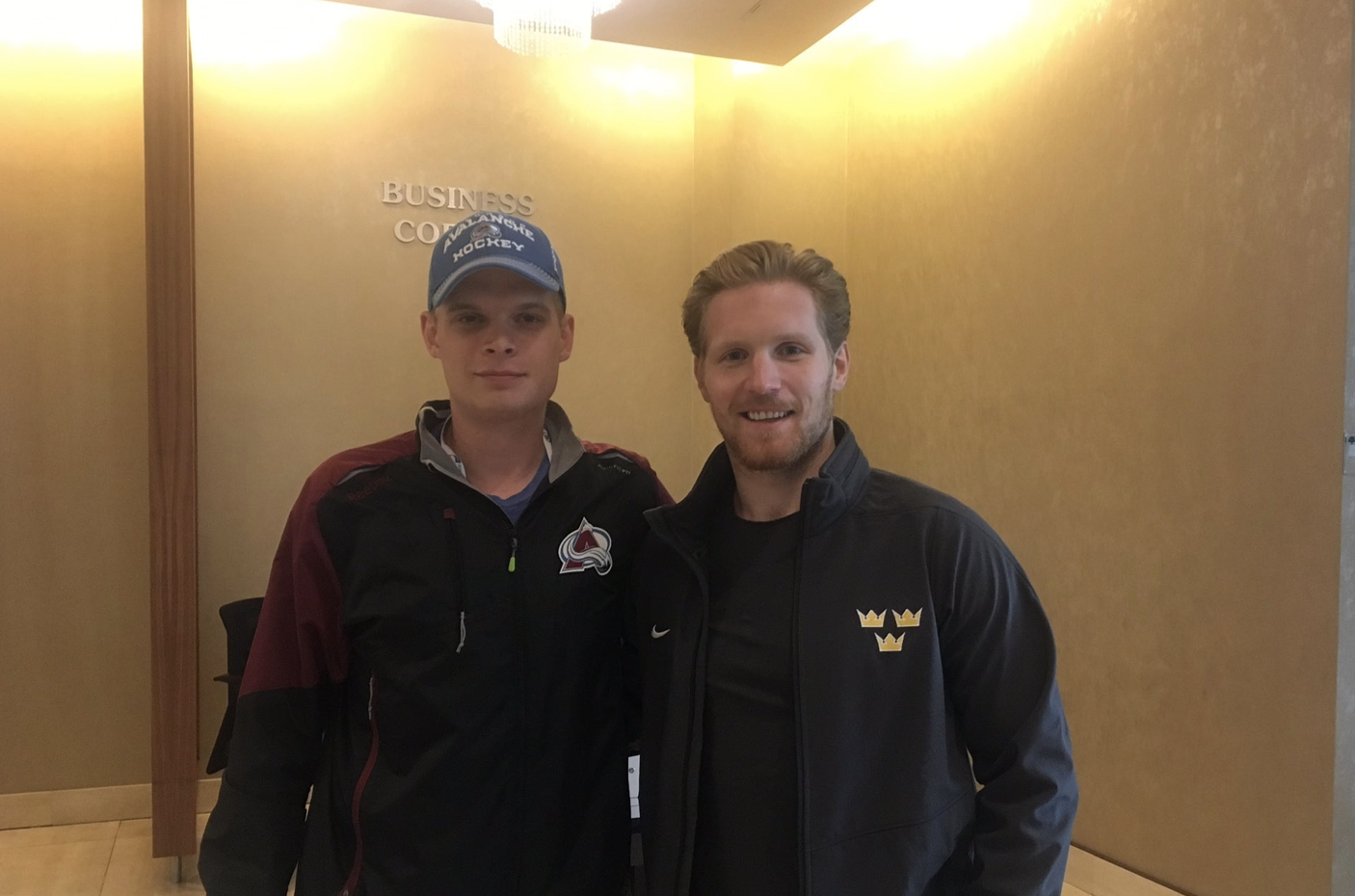 Overall, the season in Denver was like a seesaw. The team started with two great months, then had a three-month long slump all of a sudden. Why?

That’s a good question. I don’t know, we had a really good start as you’ve said. We were in a really good position on December 1 and then we just couldn’t seem to get back on that level. We started losing close games, we started losing leads, our powerplay and special teams weren’t as good. It felt like everyone hit a low almost at the same time. Then there’s also a lot of luck involved as well. I’m not saying that we had bad luck for three months, but we couldn’t seem to get our groove back. We couldn’t seem to get our confidence as group back together and it almost cost us a spot in the playoffs. Luckily, we finished the season really well. Guys really stepped up towards the end and we were able to squeeze in. Nonetheless, I think it was a fun season overall. It was a very valuable lesson to get into the playoffs and to play the way we did – we were a couple of goals away from getting to the Western Conference Finals. It’s definitely very motivating moving forward.

What’s your goal as a team for next season? Do you think it could be the season where you’ll have a realistic chance to win the Stanley Cup?

I think that the mindset going into every season is that you want to get into the playoffs, just to give yourself a chance to win the Stanley Cup. I think that’s step number one. Our expectations are undoubtedly going to be higher and higher every season. We expect everybody to be even better, we expect our group to take that next step and obviously compete for the Stanley Cup, no doubt about it. I’m really excited about what we have, really excited about our group and I think everybody thinks the same. We’re not satisfied just by making the playoffs, we want to win that last game of the season and get to hold the Stanley Cup. That’s the ultimate goal.

Francouz interview: My future in Colorado