Tragedy struck the hockey world in November 2016. Marek Svatos, former Colorado Avalanche player, died in Denver. Not only his family, but also fans worldwide were shocked by Svatos’ passing. Among those mourning his death was Peter Schnierer, a 32-year-old dentist from the Slovak city of Zilina and probably the biggest fan of Marek Svatos, who was born in the same city Peter studied in – in Kosice. “I’ve been a fan of the Avalanche since the franchise relocated to Denver. I started to follow Peter Forsberg while the franchise was still in Quebec. With the arrival of Patrick Roy, he immediately became my favorite player. When the first Slovak players – goalie Peter Budaj and forward Marek Svatos – came to Denver, I became an even bigger fan,” said Peter describing the beginnings of his fandom. 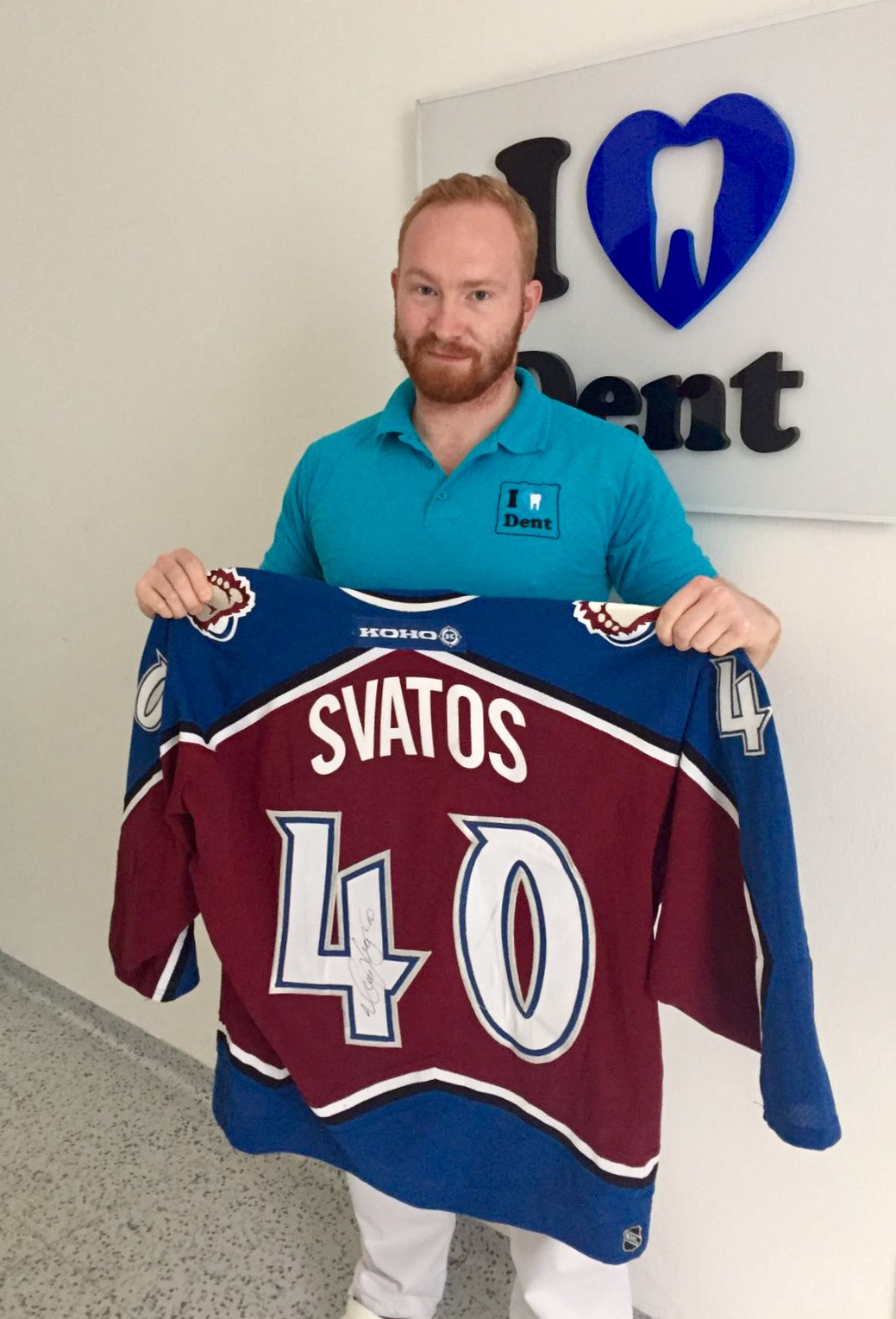 Soon afterwards, he became mostly focused on Marek Svatos. His support of Svatos stemmed from one of their many personal meetings. “I met Marek for the first time back in 2005, while I was still studying in Kosice. Afterwards, we met almost every year. He was a great guy, someone you could talk to like you’ve been long-time friends,” said Peter. His collection of memorabilia of Marek Svatos is truly imposing, yet he still tries to make the collection even bigger. “I’ve got four of Marek’s hockey sticks, one pair of game-worn gloves, three game-worn jerseys (Colorado, Ottawa and Nashville) and more than 320 hockey cards. People often call me Svatos on hockey websites selling memorabilia,” says Peter.

In Slovakia, Peter is well-known as a collector of hockey souvenirs and memorabilia. He started his hobby back in the 90’s, when his cousin showed him his hockey cards and took him to his first Slovak hockey league game. Thanks to years of collecting, his hockey collection became truly astounding – 60 game-used sticks from players like Peter Budaj and Pavol Demitra, more than 40 game-worn jerseys from the Slovak hockey league, the NHL and minor North American leagues and last but not least, more than 100 000 hockey cards. For the most part, his collection of hockey cards include cards of Avalanche players and Slovak hockey players, but his collection also includes signed cards of Wayne Gretzky, Patrick Roy, Bobby Orr, Mario Lemieux and other legends.

This story was a part of the memorial book about Marek Svatos which was handled to his family in Denver during the Eurolanche Invasion IX.