Eurolanche talked with one of the most recent Colorado Avalanche draftees.

Igor Shvyrev was drafted in the fifth round, 125th overall by the Colorado Avalanche in the 2017 NHL Entry Draft. The Russian center was born in Magnitogorsk, where he has been playing for the local team since his childhood at various levels. He made his KHL debut in Metallurg Magnitogorsk’s jersey during the 2015-16 season, appearing in one game. During the following two seasons, including the current one, he was given the chance to play in more games, but was featured more prominently in the MHL, a subsidiary major junior league of the KHL and VHL, where most the majority of KHL prospects play before making the leap to professional hockey.

During the ongoing season, he appeared in 27 games so far, the most he has played in the KHL in his young career. Due to limited ice-time, he managed to record a single point, a goal. Moreover, he played 6 games for Russia at the international stage, recording a goal and an assist, but wasn’t included in the country’s squad for the recent World Juniors in Buffalo. He was named the MHL’s forward of the month of February last season. Despite being draft eligible in 2016, Shvyrev wasn’t drafted by any NHL team, making him eligible to re-enter the draft last year.

Eurolanche talked with Igor with the help of a Russian translator after Magnitogorsk’s practice in Bratislava, Slovakia, where his team was scheduled to face HC Slovan Bratislava. Igor’s contract in the KHL expires after this season. Eurolanche wishes all the best to Igor. Hopefully, he will become an Avalanche player in the future.

How do you like the current season? Is it better than the previous two?

My third season with the team’s been good so far. I haven’t been playing much, because I’m still a prospect, still a young player, but I feel that I’m growing [hockey-wise] and getting better with each day.

I thought about it, but I chose to stay here [in Russia]. My contract will expire after this season and I’ll have to think about my future. Maybe it could still be a possibility. 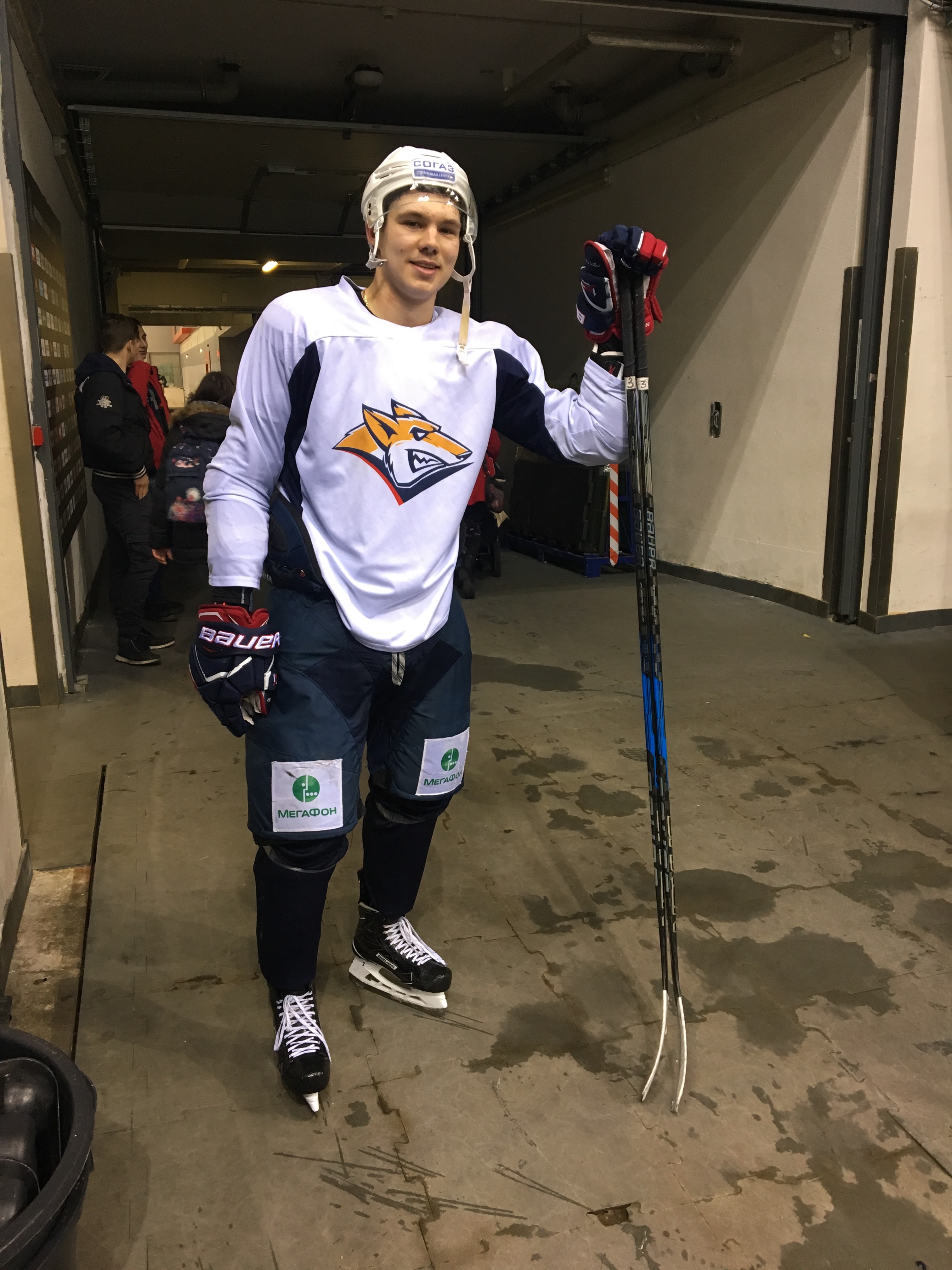 Were you surprised that the Avalanche drafted you?

I wasn’t hoping to be drafted by any team in particular. Although I expected that I’d be drafted, I didn’t expect it to be by the Avalanche, but I was glad that they chose me.

Do you plan on attending any of the Avs’ training camps, like the development camp or the team’s pre-season camp?

Should the team invite me, I would attend for sure.

What are your future plans? Do you want to play in the NHL?

Sure, every player in the world wants to play in the NHL, because it’s the best league in the world.

What kind of player are you? How would you describe your style of play?

Are you or have you been in contact with anyone from the Avalanche, for example with any of the team’s scouts? Did you meet with anyone during the season?

Yes, of course. The team contacted both me and my agent Yuri Nikolaev [who is well-known in Russian hockey circles and also represents players like Alexander Radulov – Ed.].