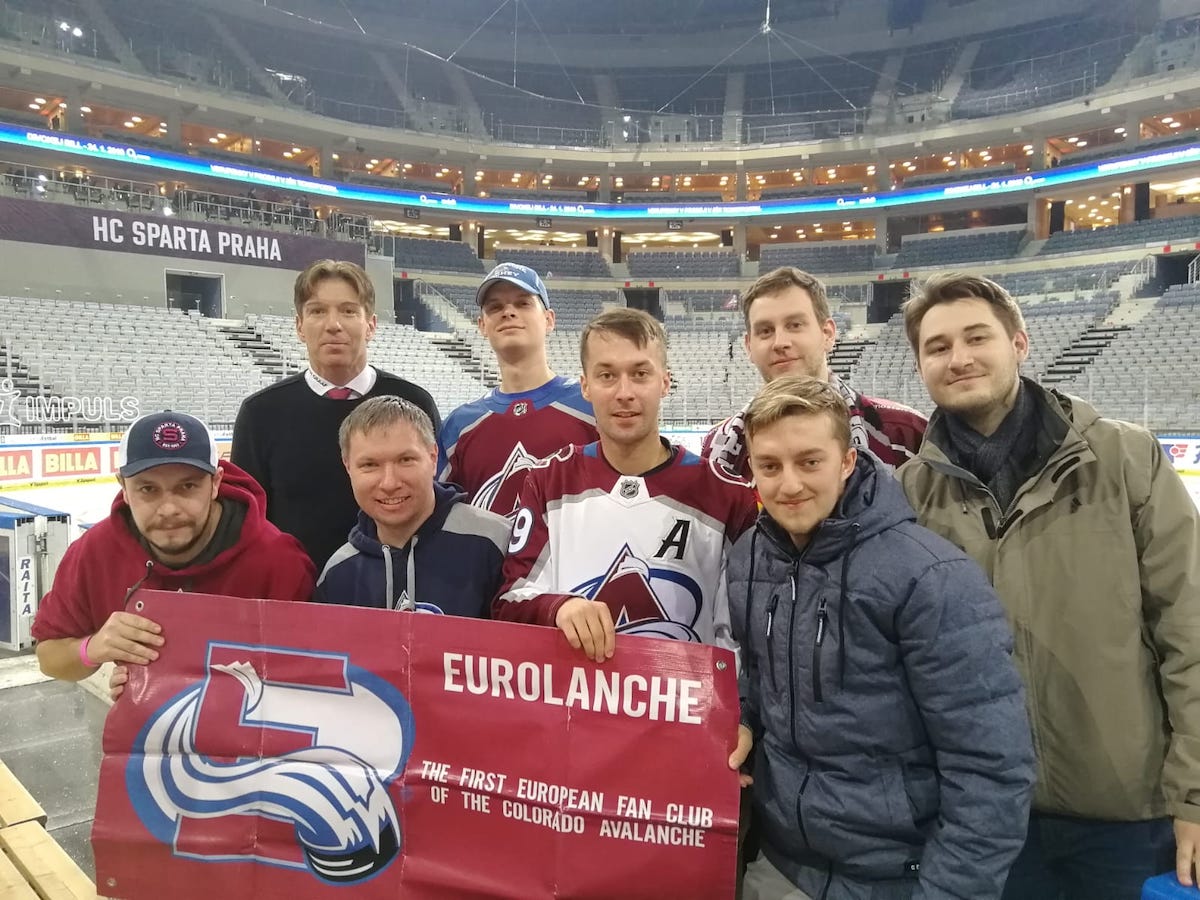 Uwe talked with Avs fans and appreciated their support, especially those who are HC Sparta supporters as well. Despite an unfortunate 1-3 loss, Uwe didn’t hesitate to sign photos, hockey cards and a jersey at the post-game meeting. Finally, a group photo was simply a must.

Eurolanche is thankful to HC Sparta Prague staff for organising this meeting. More photos are available in this photo gallery.Eurolanche met Uwe for the first time in early 2017, when several members traveled to Berlin, Germany, where was a head coach in the recent past.The next Eurolanche event - a member meeting - will once again take place in Prague in two weeks.