Back in time: Eurolanche Invasion VI

Pavol Hercko, long-time member of the Eurolanche Fan Club remembers back on his first visit to Denver on Invasion VI.

I wanted to travel to Denver years ago. However, the dates planned for the trips were not suitable due to my school schedule. Finally, in 2014 the date played into my hands and I did not hesitate to sign up for Eurolanche Invasion VI. I definitely do not regret this decision. 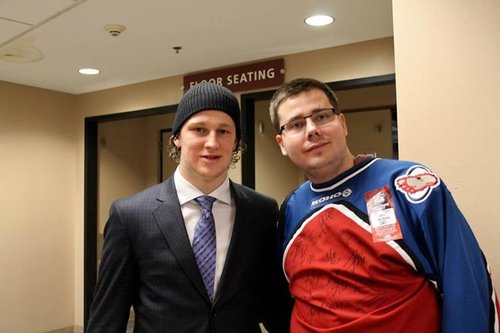 The Author of this story is Pavol Hercko, who is pictured with Nathan MacKinnon.

The trip began in Bratislava, Slovakia where most of the members met and boarded the train to Budapest. I joined the others at the airport in the capital of Hungary. After brief greetings we checked our luggage and obtained our plane tickets. We had 40 hours of travel to Denver, Colorado ahead of us. We landed in Paris without any problems and had three choices there: sleep at the airport, go sightseeing in the city, or get accommodations at a hotel. We chose to stay at the hotel and we got only a few hours of sleep before the flight to Minnesota. It was a long flight, fortunately without any difficulties. The situation got worse at the airport where we had only an hour to get to another flight and we had to retrieve our luggage and check in. Most members experienced so called “last call”. Luckily, all of us made it to the plane in time. After the short flight we landed in Denver where our friends picked us up and took us to the hotel.

We were quite tired, but, that did not stop us from visiting the Colorado Mammoth (NLL -National Lacrosse League) game. It was my very first visit to Pepsi Center. I did not appreciate it very much, maybe because I was too tired, or maybe because I was looking forward to seeing the Colorado Avalanche. The next day the true trip began. Just before the game between the Avalanche and Winnipeg Jets we were interviewed by a TV reporter and our faces also showed up on the biggest jumbotron (Pepsi Vision) in the world. I enjoyed the game very much, of course. Why not? It was the first NHL game of my life! At Pepsi Center. Colorado Avalanche! After the game we were scheduled to meet the players in front of the locker room. That was amazing experience. To see and to talk to players such as Matt Duchene, Semyon Varlamov and Gabriel Landeskog was incredible. 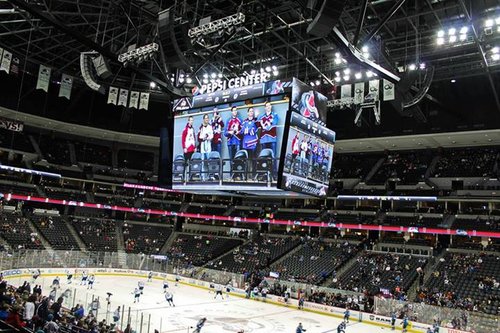 The Avs played their games every other day so we could spend our free time either in the city or by going on short trips. Probably the most visited place by us was the popular 16th Street Mall where many shops are situated. We spent a fortune out there, especially for souvenirs. We also had a very nice trip to the Red Rocks Amphitheatre where the unpredictable weather almost "killed" us. A warm and sunny day turned into a snow storm which we did not expect to face. Speaking to the ambience at Pepsi Center: it was much better at the other games, in particular against the San Jose Sharks. We also visited the NBA game between the Denver Nuggets and Miami Heat. In addition, we also experienced tours of Pepsi Center and Sports Authority Field, the home field of the Denver Broncos. Indeed, it was located near our hotel and we had a great view of it from the windows. 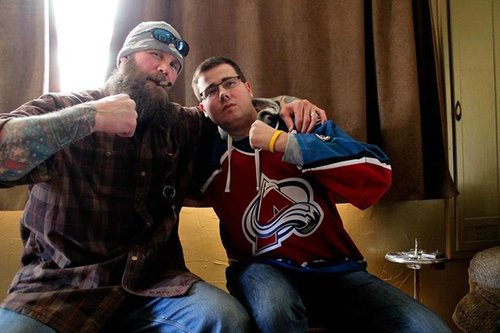 If I had to choose the most enjoyable small trip I would pick the one to Castle Rock where we met former Avs player Scott Parker. My first thought when I saw him was: “Wow, he´s big. I would not like him to punch me.” But as usual, tough guys are the coolest ones. We had a great time with “Sheriff” and I hope to see him again in the future. 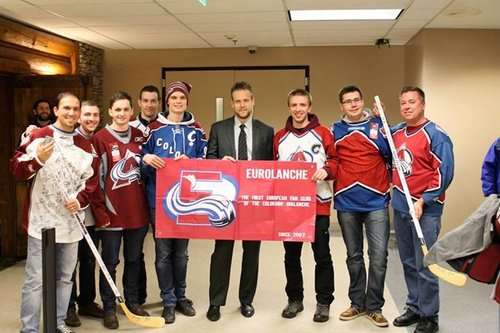 It was my first Invasion ever and I have to admit that I am really satisfied. I got to see new places in the world; I met new people and made new friends with whom I want to keep in touch. The whole trip was very well organized and everything worked as it was supposed to. I want to visit Denver again without any doubt. My final message for those who are reading this article: Start saving money. Invasion is worth it and it is an experience you will never forget.

Back in time: Eurolanche Invasion V

Back in time: Eurolanche Invasion IV