Eurolanche Fan Club met with the former Colorado Avalanche defenseman and the current player of HC Slovan Bratislava in the KHL.

Martin Skoula, 34, made his way to the first team of Colorado Avalanche in 1999/00 after two years spent in the juniors in Canada and one year in the AHL. The Avs picked him up by 17th place overall in 1998. Martin spent 4 and a half season in the Avalanche organization and his biggest success was clinching the Stanley Cup in 2001. During his career in Denver, he played almost in every single game of each regular season. His biggest point success came in 2001/02 when he collected 31 points, his personal best in an entire career. In total, he represented Colorado Avalanche in 383 games – scored 27 goals and had 86 assists for 113 points.

Skoula was traded to Anaheim Ducks for Kurt Sauer and 4th round draft pick (Raymond Macias) in February 2004. He stayed there only for 21 games and spent a lockout season back in Czech Republic in the team of Litvinov. As an unrestricted agent he signed a new contract with Dallas Stars one year later, but would move to Minnesota Wild very soon, where he was for the next three and half years. Season 2009/10 was probably toughest for Skoula, as firstly he played for Pittsburgh Penguins, then was traded to Toronto Maple Leafs that moved him immediately to New Jersey Devils.

After those trades – 5 different teams in 8 seasons – Skoula decided to go to the KHL, where he played for Avangard Omsk and Lev Prague. Currently, he is one of the newest members of HC Slovan Bratislava in the same league. So far, he appeared in 34 games and got 8 points. Additionally, besides the KHL, he played in one game for his hometown team HC Litomerice one year ago. In the present, Skoula switches between good and average performances on the ice, but was one of the best blue liners of the team at one point in this season.

How was your way from Czech extra league to the Canadian juniors?

I came from Czech junior league to Canada. One team took me on the draft, so I went to try it.

What was a difference between these two leagues?

It is absolutely different. Smaller ice rink. Players were older and stronger.

You played only in one game for Hershey Bears. Do you even remember this game?

It was quite the same as in the juniors with more older and experienced players. 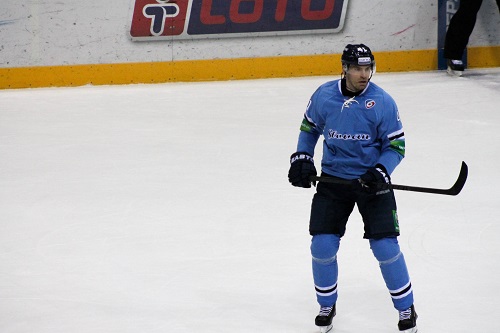 How did you feel when you had realized that you were going to stay with the Avalanche?

I didn´t play much at the start. Three or four defenseman got injured, so I had got a chance to play and then I had stayed there since this time. I knew I was going to stay with the team when they told me that I should find some permanent accommodation.

Did you celebrate your new part of a career with some Czech teammates?

No. That announcement from the team didn´t mean I was going to stop work on myself.

Do you remember what coaches liked on your play?

I don´t remember, it was long time ago.

How do you remember on your first NHL goal?

Everyone remembers it. It was against Dallas. I moved between circles and made a wrist shot.

Did you take that puck?

Do you have some other souvenirs from Denver?

I have some old hockey sticks and jerseys that we got every season, but nothing more special.

You won the Stanley Cup in your second season. When you realized during the season that there was a big chance to claim it?

Whole season was spectacular. We won the President's Trophy. Roster was perfect, but the playoffs wasn´t easy at all. You can´t guess it earlier in the season.

You played in the final game of the series. What are you memories?

Memories are definitely amazing. We won the final game at home. What else a hockey player should wish? I don´t remember on whole game, just on the last seconds when it was clear we would won a Cup and the celebrations as well.

When there were remaining few seconds in the third period you said something to Ray Bourque. Do you remember on it? 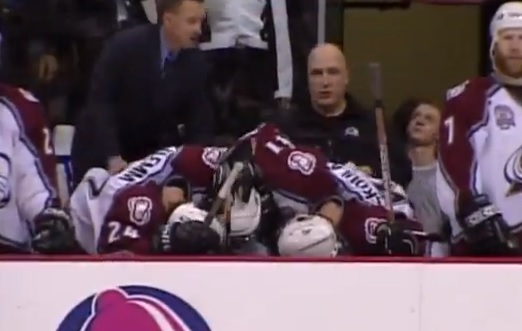 What followed after the end of the game?

Shjon Podein wore his uniform for the next 24 hours. He was walking in the city with that! It was funny that he could make it. (laugh) There were celebrations as always when you won something. Champagne and cigars. Great memories. We celebrated into early morning and I don´t remember when I went sleep.

What was your one day with the Cup?

It was great. We were in Litomerice and Litvinov. Weather was bad. It was raining for two days.

Where do you keep your Stanley Cup ring?

At home and I don´t pull it out a lot. I have never had it on my finger. Maybe I will show it sometime to someone.

What was your best teammate and friend on and off the ice?

I liked to play with Rob Blake and in the private it was Milan Hejduk who was my good friend. We were in one room on the road.

When Avs traded you, how did you feel?

I waited it. It was the next step in my career. I think it was good. I wouldn´t get more ice time in Colorado than before as other defensemen were there.

You spent the next seasons in Anaheim, Dallas, Minnesota, Pittsburgh and New Jersey Devils. How do you evaluate this part of your career?

I liked Colorado most. The city is nice. Always sunny. But I don´t complain. Minnesota is very similar to Colorado with fans and an area.

What was your greatest memory on your national career?

World Championship. It is very special tournament here in Europe.

Skoula and Ryan O´Byrne. They both play in the KHL.

You played on one game for your hometown team one year ago. Why just one and how did you feel?

Lev Prague sent me there. It was nice. Many fans came and we won.

What are differences between NHL and KHL?

Very different hockey due ice rinks´ measures. Good players are in both leagues, but it is really different. We play less games, distances are longer. I think it isn´t possible to compare it.

You play for HC Slovan Bratislava now. How do you like it?

Very much. It wasn´t good at the start, we got chances to score and were better team, but lost a game. It was our mistake. 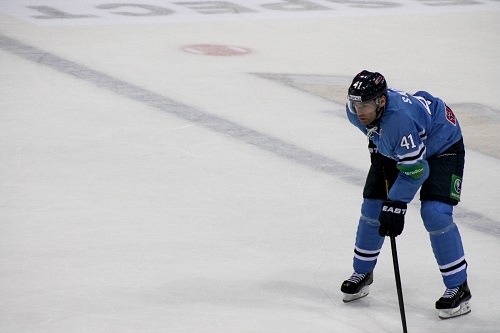 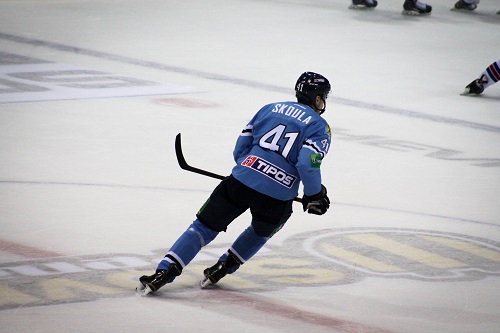