David Puchovsky wrote a book about the case of kidnapped children he successfully solved.

David Puchovsky, the founder and President of the first European Fan Club of the Colorado Avalanche and the biggest Fan Club of an NHL team, Eurolanche, wrote a book, which will be published in his native Slovakia in about two weeks. “The books theme doesn’t have anything to do with the Eurolanche fan club (although I mention the Fan Club from time to time) or hockey, but we thought it would be appropriate to inform about this milestone of mine, because this way, people who don’t know us, or have any doubts whatsoever, can be assured of our professionalism and the Fan Club’s heading into the right direction,” explained Puchovsky, while also saying that the Eurolanche.com website is always happy to publish any of its members’ big achievements. 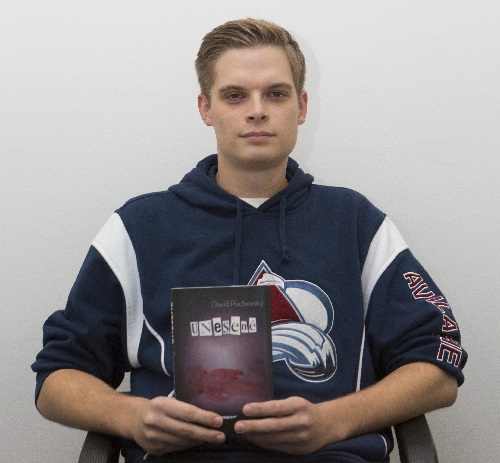 The more than 250-page-long was published by Marenčin PT publishing under the title “Kidnapped” (“Unesené” in Slovak). “In the book, I described two real cases I worked on as a journalist in 2014 and 2015. Within a year, I found three kidnapped Slovak kids in Hungary and Panama, without the help of the police, special equipment or any private detectives.  With the collective help and assistance of the authorities, the three kids could go back to their mothers and the kidnappers were sent behind bars,” described Puchovsky, who wrote for Slovakia’s biggest newspaper Nový Čas at the time the articles were published, but chose to remain anonymous. This is the first time he tells the story under his name. “Depending on the book’s reception in Slovakia, the book may be translated into English and published worldwide, obviously including Colorado,” summed up Puchovsky.

Statements from the abducted children's mothers

“I’m very grateful to David Puchovsky, who found my two children after four long years. At first, as he showed me their photo from a school in Panama, I couldn’t believe my eyes. The nightmare’s finally over, although Martin and Dominika are still having a hard time. We’ll fight together,” said Martina Gajdarova, whose two children became part of the longest and most mysterious case of child abduction in Slovak criminalistics history.

“You can’t put into words what a mother goes through when her child is abducted. I’ve experienced it twice. I want to thank David, because he never gave up on the search for my son and brought him back to me,” said Ivana Zemanova, the mother of Hesham, whose father abducted him twice.

Chronology of the cases

In May 2014, Cameroon citizen Abdel, who had a son, Hesham (who was 4 years old at the time), with his Slovak wife, climbed the first story of a flat house in Bratislava. He brutally assaulted his mother-in-law and abducted his son to an unknown place. David Puchovsky started to meet with the family immediately. After three months, his search led him to Budapest. Together with a group he hired, they looked for Abdel and Hesham throughout the day, until David finally noticed them in the evening. He alarmed the policemen that were passing by, whom, under dramatic circumstances, arrested Abdel, who unsuccessfully tried to escape. After a year spent in pre-trial custody, Abdel was exiled from the Schengen Area (European Union) for 5 years. Shockingly, he already abducted Hesham in similar fashion in the fall of 2013. After two months, the authorities found him on Spanish territory after his father left him, as he failed to take care of him after he fell ill.

In February 2014, David Puchovsky began working on the longest and most mysterious child abduction case in Slovak criminalistics history. In January 2011, Andrej Gajdar vanished together with his two children, Martin and Dominika (7 and 3 years old at the time, respectively). Their trail disappeared on May 2011 in New York. Since then, nor the authorities or the mother knew if they were even alive. After several months of searching, David Puchovsky found Gajdár and the children in December 2014 in Panama. Since Panama has a whole different judicial system than Slovakia or Hungary, David spent the following weeks cooperating with the Slovak authorities and ministries, planning a legal way for the children to be brought home without any complications. There was a real chance that Gajdar could remain in Panama as a free citizen despite him being exposed. There are lots of cases, when the countries from this region don’t give out internationally wanted criminals to Europe. In the end, David and his colleague journeyed to Panama in March 2015. They spent the first days secretly following Gajdar and the children, to precisely pinpoint his location and to provide proof for the local authorities as well the media, from whom they expected support. Ultimately, Gajdar was arrested by the authorities and the mother was reunited with her children after more than four years. Gajdar was given out to Slovak authorities in May and now remains imprisoned, awaiting his sentence.

Aside from the two main themes of the book, Puchovsky also talks about other topics he worked on during his time with Novy Cas. The biggest and direct mention of the Eurolanche Fan Club is right in the author’s biography, with reference to the Fan Club’s website.

The book launch is scheduled for November 8 in the Incheba Expo in Bratislava as part of the biggest book fair Biblioteka 2015. The Fan Club will donate several exemplars of the book to fan contest held during the season.

Up-to-date information about the lives of the three children and their families can be found at www.unesene.sk. Also on the website are photos and videos directly from Panama. You can also support the book via Facebook at Facebook.com/Unesene.sk.