Eurolanche has become famous for its annual Eurolanche Invasion – trips to Denver to attend Colorado Avalanche games. Yet the Fan Club’s members from various European countries weren’t the first from the continent to have a chance to meet Avalanche players in person. Roger Rensch, 48, founded David Aebischer’s fan club in 1997. “When David announced that he will leave Fribourg in 1997, I met him and we talked about creating a fan club. During the following years, we met many times and even organized seven trips to Denver, three to Hershey and one to Montreal,” explained Roger, who joined the Eurolanche Fan Club last year. Roger wears glasses on the photo above. 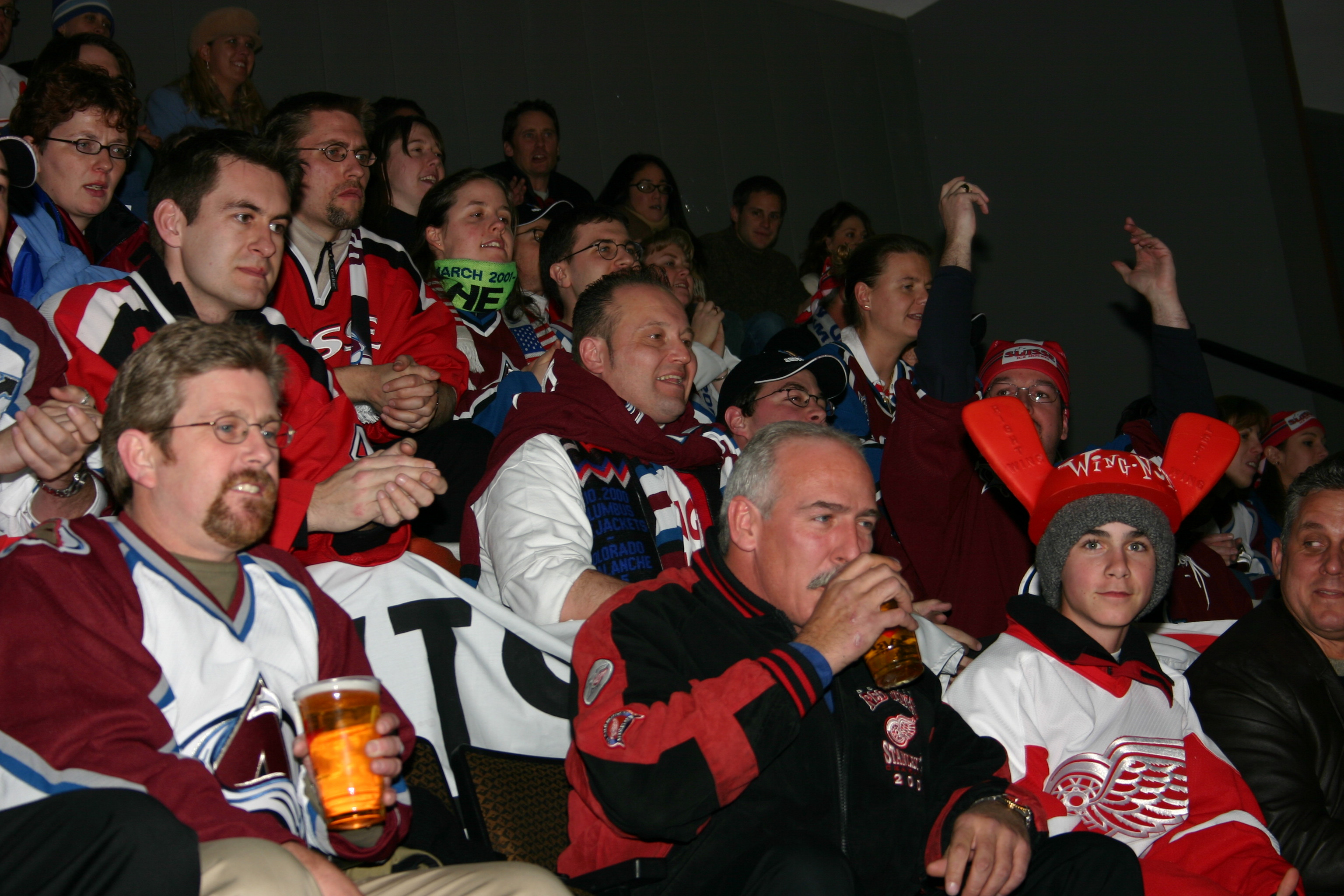 The Official International David Aebischer Fan Club (TOIDAFC) has ceased operations after David’s retirement from hockey a couple of years ago. “Despite this, I still meet with Abby. In the past, we used to meet several times every summer and on my trips to the States between 1998 and 2008. Swiss hockey fans are very passionate, so it wasn’t a problem to get many fans to go the meetings with Abby or on trips to the US,” explained Roger, who currently works as an insurance Manager.

Between 25 and 40 hockey fans joined Roger on his annual oversea trips. The trips didn’t only include Europeans, but also local fans from the USA, or even one from Japan. Every trip was really unique for him. It was hard for Roger to recall his favorite memories. “The best experience was surely winning the Stanley Cup. I attended Game 4 in New Jersey, Game 5 in Denver, watched Game 6 on the jumbotron in Denver and Game 7 in Denver. That was one of the best experiences of my life,” said Roger. 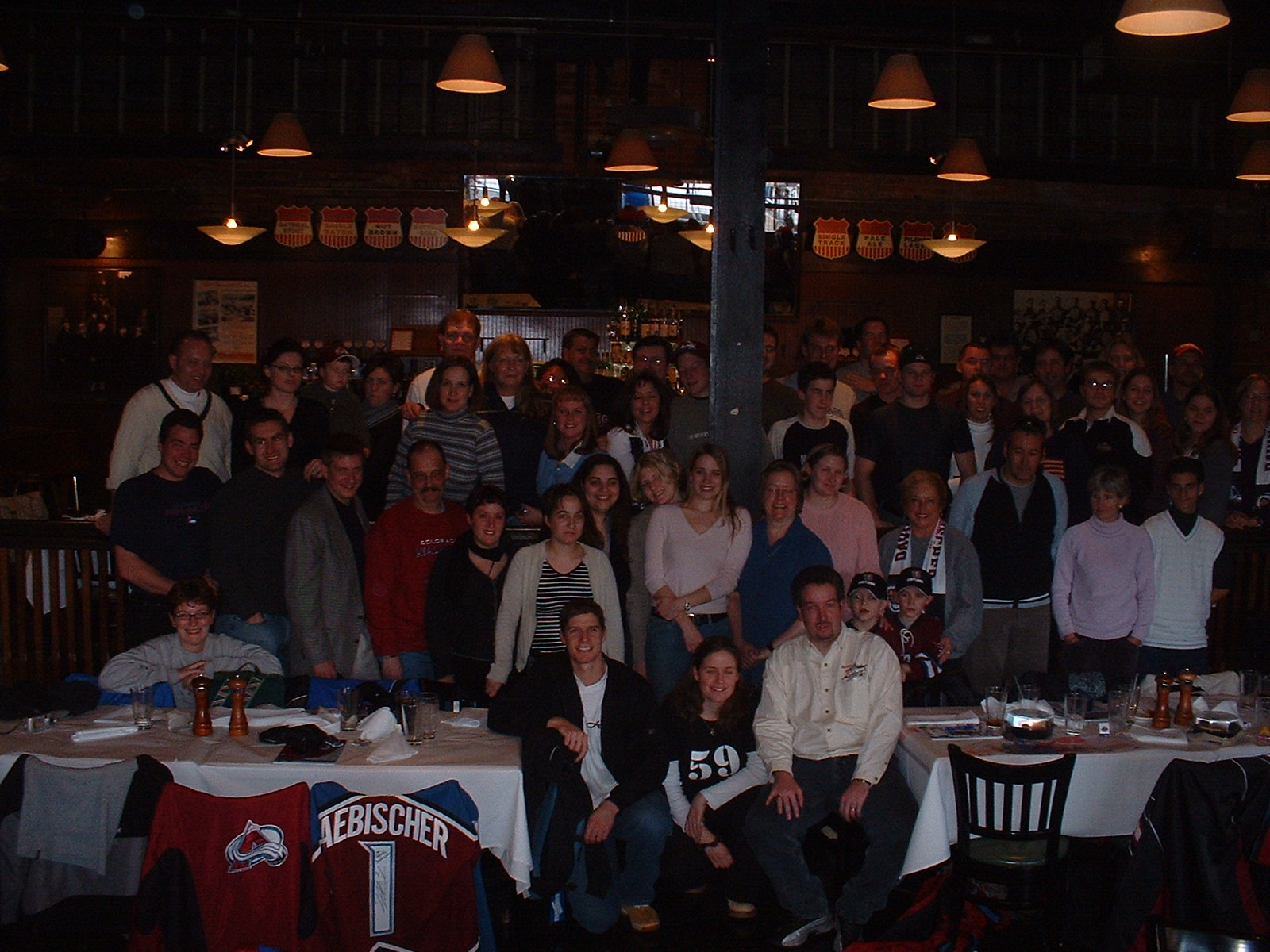 His other experiences include a moment, when his group started a Mexican wave in the Pepsi Center; watched Abby’s fight with his former backup goalie Phillipe Sauvé, while the entire arena was shouting “Abby, Abby”; or “dangerous” cheering in Detroit, or in the Phantoms arena during an AHL game against Hershey, the Avs’ former AHL affiliate. “We didn’t know that the Phantoms and the Bears had a big rivalry before the game. So we made a lot of noise singing and cheering for the Bears. The Bears ultimately won the game pretty easily, so a lot of Phantoms fans were angry and we had to be escorted from the arena by the police,” smiles Roger, recalling the moment after many years.

Roger still believes it didn’t make sense for Colorado to trade away Abby while he was in the best form of his career. Aebischer retired from hockey in 2015, citing injury problems. Since then, he’s been a goalie coach for various teams in Switzerland.

Before we will conclude Roger’s fan story, there is one more memorable experience he wants to share with us. “We came to the arena in Hershey with our drum from Fribourg and the arena staff took it away during warm-ups, because it made too much noise. Several times during the first period, the audience and the fan club cheered: ‘We want the drum, we want the drum.’ Finally, at the start of the second period, the staff brought us the drum back,” said Roger.