Eurolanche Fan Club talked with the Colorado Avalanche defenseman about the current situation on the team and the coming playoffs.

As of Tuesday, there were remaining 11 games into the end of a regular season. Eurolanche Fan Club did the exclusive interview with a defenseman Jan Hejda. We talked about the current Avs play, the coming playoffs, Winter Olympics and his future in Denver as well. We asked him also your questions that you sent us on our Facebook and Twitter pages.

You played 13 games and lost 6 of them since the end of the Winter Olympics. What is the current atmosphere on the team?

The mood is still good. I think we don´t have to worry about the playoffs. We focus on to be in the best position before its start – it means we should be over Chicago. The atmosphere isn´t negative. We would like to play solid in the following games. We don´t feel any pressure.

So you believe the team will play in the playoffs for sure?

I think it is for sure more or less. We will play 11 games and there is a big difference between us and 9th place. We all believe in the playoffs appearance. Now we focus to get home ice advantage for the first round.

Chicago Blackhawks will be likely your opponent. Have you talked about it yet in the locker room?

You lost previous three games and it happened only for the third time in the season. How would you evaluate them? What went wrong?

All of the games weren´t bad from our side. Boston didn´t overplay us much. The game was tied. When we talked about it with the coaches, we have agreed it was kind of playoffs game when you don´t have many goal scoring chances. It was about one-two goals. Maybe it was about a player who would stay in front of the opponent´s goalie, about dirty goals. Also we are missing three key players, but this isn´t excuse of course. 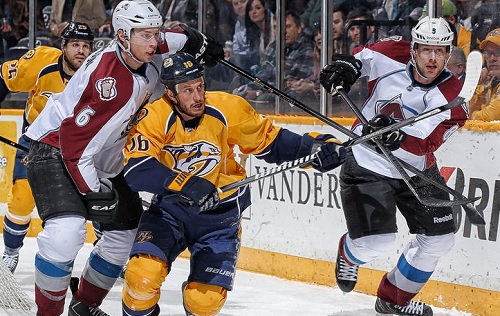 You will appear in the playoffs for the second time in your career. For the first time it was very fast with the Columbus Blue Jackets. Do you think it could be longer now?

I hope so. I think we don´t have to be worry about any opponent thanks our play that we showed in the regular season. We didn´t have many chances with Columbus. I have the feeling we could do anything with the Avalanche. How I said earlier, it will be a different hockey in the playoffs. Colorado hasn´t been there for years, I hope everyone will be surprised!

When you talked with teammates and coaches what else you should improve?

We played a lot of games, so we probably won´t change any tactical issues. We have to focus on details that are missing in our play like for example the fact we didn´t score a goal against Boston – stop in front of a net, don´t skate to a corner, be in front of a goalie. It is about details that create a result. We have to work on it to make them perfect in the playoffs.

How is it to play with Erik Johnson?

We had a great first half of the season. Nobody has flawless season. We had issues, so we hope we will fix it in the following games. All our players are focused on the playoffs. It is nice to clinch the spot, but it isn´t an objective. Players don´t play for the spot. It isn´t deciding. The priority is to have the Cup over your head.

You played a lot from the start of the season. What is the current situation?

The same. Erik Johnson has higher ice-time; he plays on PKs and PP. I play on PKs. Overall, Erik plays longer, but I am at the top in 5 on 5 situations. I am still satisfied with that.

If you were reading news during the trade deadline, did you have some expectations or did you worry to be traded?

A player isn´t sure during the trade deadline. But I wasn´t so nervous than one year ago. A man can´t be sure anytime. I believe Patrick Roy creates a team the way to make it the strongest. If he has a chance to get a player who fits on the team, he would make a trade. I am not saying I wasn´t worry, but it wasn´t like in previous years.

What do you think about Reto Berra?

We have three goalies. I don´t know why this movement happened. Probably to spread the power. I think Varlamov will be number one goalie; I would bet on him a lot. For Berra it is perfect he can work with our goalie coach, because Varlamov and Giguere praise his work. He will make Berra great goalie too.

What Giguere thinks about it as the management probably showed him there is no interest in his service for the future? 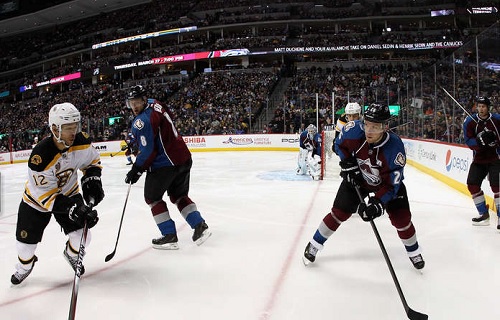 If you watched the Olympics, what do you think about Czech team´s performance?

I watched some games. Tell the truth, some players surprised me in good way. I didn´t expect good skating of Tomas Kaberle. Barinka surprised me too. There was big pressure on him as he is married to head coach´s daughter. Some of them surprised, but nobody disappointed me.

Did you watch games of your Colorado Avalanche teammates?

Paul Stastny had the same role as in Denver and helped to defense too. Matt Duchene played average ice-time, but he faced the situation like he was supposed to. When he was in the chance he tried to score. Gabriel Landeskog was one of the leaders. He couldn´t count with the same ice-time like he has in Colorado, but we saw him in many situations during the tournament.

What do you think how Czech media reported about the problems between you and a head coach Hadamczik?

I guess there is nothing to say. I already said it irritated me. It was exaggerated. I talked about it in one-two interviews. Many, many people commented on it. Then it was a story for the weeks. From two stories there were 30. I wasn´t happy. I am sorry it sounded like I would disparage the quality of the players on the team. It is not true. If I was a coach, I would take almost all of the them to the Olympics. The problem wasn´t in the players. I was angry when the coach told that the media and I are responsible for the Czech national team´s failure on the Olympics. I have the feeling I told my opinion and I don´t know why the coach blamed me – a player who wasn´t play – and the media for their failure. It is alibistic and unacceptable. At the end he started to lie and blamed me for something than I even haven´t never said. That was the worst.

Don´t you regret you didn´t play in Sochi?

Why you won´t play for the national team under new coach who has a good relation with you? 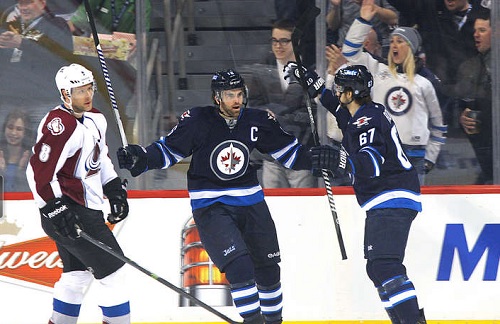 Questions from the fans

What kind of films and music do you like?

I like comedies, relaxing movies, no horrors. I don´t know if you believe me but I have never watched Star Wars and I am not going to watch it. I start to watch some new Czech soap operas on the internet. I like radio, they play everything. No metal, no country, normal songs.

Don´t you have your training plan for the summer?

Editor´s note: Jan has it and will send it to us. If you have interest in to read it, contact us at eurolanche@eurolanche.com. We won´t it publish on the website.

Not yet. We don´t meet Nuggets players a lot, because we only play games in Pepsi Center. We practice mainly in the other arena. We have a charity dinner one time per year where we meet all basketball and lacrosse players. I hope I will meet him, I would like to. Maybe I will work on it.

What is a difference between Roy and Sacco?

You can´t even compare them. It is like someone would ask what is a difference between Wartburg and Mercedes. (laugh) Big difference. Sacco had only one basic system that he asserted and he believed it had work. Roy can adapt and customize his system on every game. I have been always saying a good coach should know how to adapt his system on the players and not vice versa.

Do you talk about trade rumors in the locker room?

It isn´t right time now. Now, all trades have been done, the next movements will be after the season. They will rate all players, so the moves are actual during the draft.

Your contract will expire in one year. Haven´t be there some talks yet?

The same answer. It isn´t actual now. I don´t know if it will be actual in the summer or in the next season.

If you were a general manager who countryman you would like to have on your team?

A player who would fit on the team. For example Jakub Voracek. I know there were rumors about Martin Erat who would replace injured Alex Tanguay. Like a general manager I would have to know if I had to replace concrete player and if yes I would have to find a player whose team needs most.

Will you have some special habit/ritual in the playoffs?

It depends on guys on the team. We will have something. No shaving is a basic. If they will come up with something else, I wouldn´t be against. I have no problem with no-shaving.

Why Hejda wasn´t in Sochi?