When we met Joe Sakic for the first time? In 2010. Yes, we organized two Eurolanche Invasions between 2008 and 2009, but never met Sakic then. What happened? Sakic had problems with his back and then cut his fingers while removing snow with a machine. Month later, we landed in Denver for the first time. Sakic never played again. We even did not meet him in the Pepsi Center. One year later, he was coach in the local youth league. We tracked a stadium and waited on him after one game. Dreams came true. We received autgoraphs and took many photos. I could finally get a signature on my first real Avalanche and Sakic´s jersey. I handled him our first flyers and guides. Then he left. Who would guess that many years later I would present Sakic with our book and he himself would know my name? Nothing is impossible... Visit a full photo gallery of this meeting here. 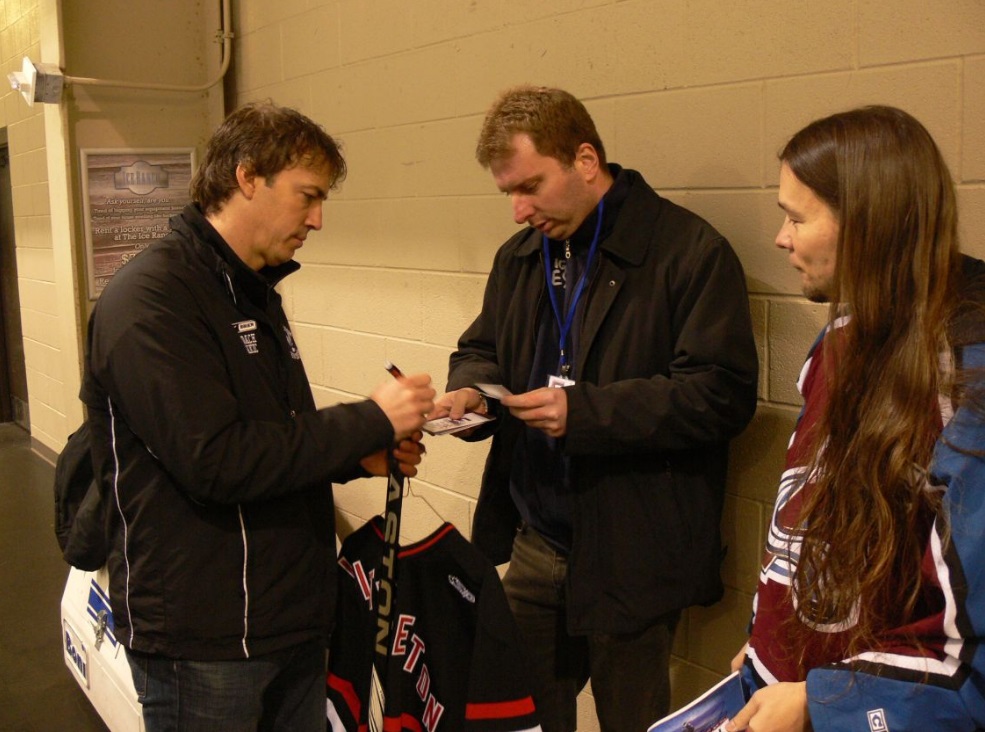