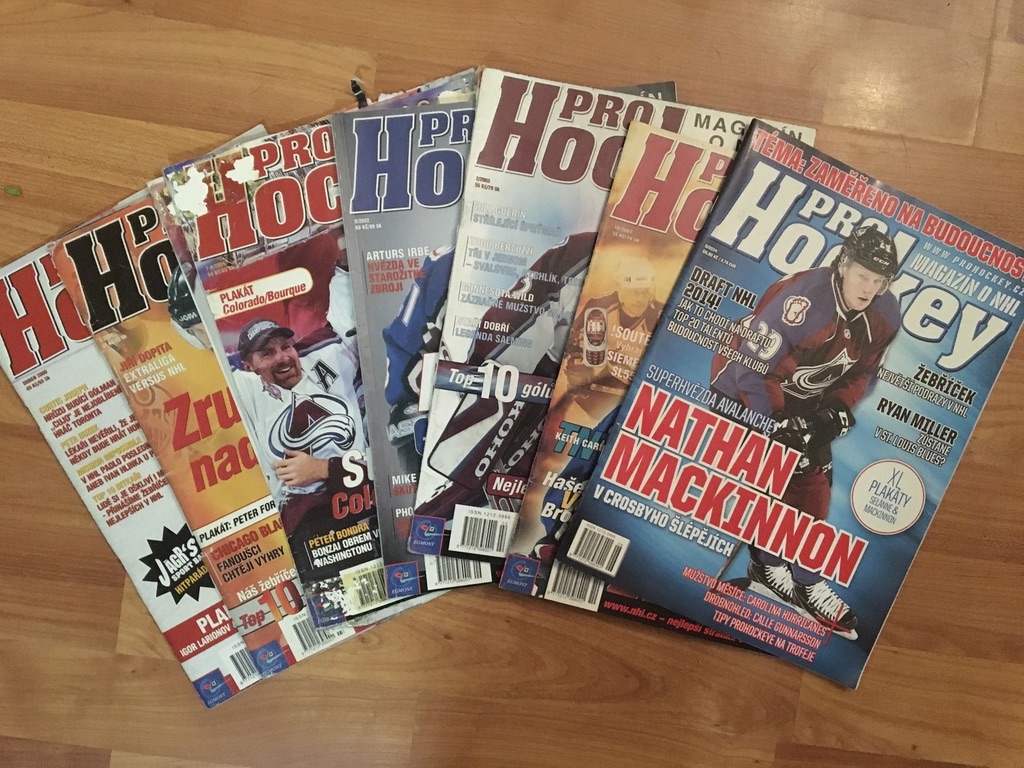 You can see front pages of the ProHockey magazine. It was founded in late 90's and it is available in Sweden, Finland, Czech Republic and Slovakia monthly in three languages. ProHockey has been a great source for me about everything related to the NHL. It was really special source in around 2000 when I started to follow Avs. There was no internet for me, so my only source was an old teletext and ProHockey. I could not wait for the next issue the nex days when the recent issue was available. I read all stories from Page 1 over and over again. It was always a special moment when they printed an Avalanche player on the front page. My first such issue was when the team won the Cup in 2001. Many years later, I bought two older issues with the Avs players on the front. I remember on the 01's edition very well. It had a lot of stories about the new Stanley Cup champions. I cut them from the magazine and paste it to my book of other stories. Posters were placed to the wall in my room. There had not left many pages from the winning edition so I was obviously sad I did not buy one extra. Fortunately, 16 years later, in 2017, I bought 10 extra editions from the ProHockey archive. I am thankful to Petr Novotny who is a chief editor for the Czech Republic and Slovakia for this. Speaking about other editions, you can see Sakic, Roy and Forsberg were players who appeared on the front pages most frequently and almost exclusively. The only exception was Nathan MacKinnon when he made it there after many years of silence. I just hope it will not take the same amount of time when the next Avs player will appear there. Thank you ProHockey, for making my hockey childhood better!